“Don’t worry, all babies spit up”.  “He’s just a sensitive little guy”.  “He wakes up all night long because you haven’t sleep-trained him” 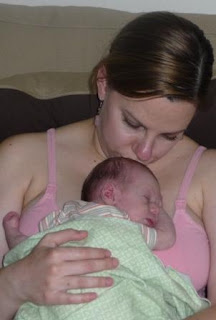 We’ve heard it all, and yet, we never stopped listening to our gut.  Our instincts told us that Max’s projectile vomiting (starting at 10 days old) was not normal baby spit-up.  Our calls to the advice nurse at 3 am were not new parent jitters.  Our child was throwing up, not sleeping, and at times was frighteningly lethargic because he was really sick.

You’ll notice if you’ve been around for a while, that I didn’t write much about what was happening with Max’s health during his first year.  He wasn’t sleeping for more than 3-4 hours at a time, and was in so much pain that we were driving him around in the car to get him to fall asleep.  He vomited when he cried.  He vomited for no reason at all.  We were exhausted.  We were scared.  We were naive.  And when our pediatrician made us feel like idiots for bringing it up, we felt like stupid first-time parents.  But something WAS wrong with our sweet boy.

When Max was a little over a year old, we moved to a new community and found a new pediatrician.  He was smart enough to say that he had no idea what was wrong with Max, but that something was definitely NOT RIGHT.  He referred us to an amazing team of GI specialists at our local Children’s Hospital, and they were finally able to start figuring out what was hurting Max’s belly.

At a little over a year and a half, Max had his first endoscopy.  They found that he had inflammation in his duodenum, and a multitude of food allergies (dairy, egg, tomato, beef and tree nuts).  We removed all of his allergens from his diet and began a regimen of reflux meds, and had to change the type and dose quite frequently.  We saw some improvement, but then his symptoms would always come back.  We eliminated all soy products from his diet.  At the urging of his GI team, we finally cut out all solid foods for about a month, and had him on Neocate formula-only.  He wasn’t AS sick, but we knew that it could still be better.

In the spring of 2011 Max had a Gastric Emptying Scan that showed that he has Delayed Gastric Emptying.  He began Erythromycin 3 times a day, and we started to see some improvement.  A repeat endoscopy showed that he still had inflammation, but no one could figure out why.  We have now added dairy, egg and beef back in to his diet, and have yet to trial tree nuts.  He has recently had a hive reaction to tomato, so we are strictly avoiding it again.

We haven’t reached the end of the rainbow yet, but Max’s symptoms improved dramatically around his 2nd birthday.    (Update: At 3 years old, Max is back to waking up multiple times a night.  We’re pretty sure it’s because he’s 3 years old though, and not because he’s in pain.)  He is able to nap during the day.  We no longer have to drive him at night to get him to fall asleep.  He hasn’t vomited in MONTHS.  This is huuuuuge progress for us!!  He is slowly expanding his culinary repertoire.  He may eat a lot of macaroni and cheese, but he’ll surprise us with a dinner of broccoli and pesto/goat cheese flatbread every once in a while.

Watching our little boy in so much pain has been a journey like we never expected.  It has tested our instincts, our marriage, and our parenting skills.  It has made me feel isolated, and lonely, and depressed.  But my resilient little charmer has also shown us what it means to be strong, and how to advocate for him without giving up.  Max has had a tough start, but lately he’s been having a ton of “wins”.  I am so proud of the little boy he is becoming, and I feel so blessed to be his mom.  This blog is my love letter to him, and it’s also meant to be a life jacket for those of you who are sailing the stormy seas of GI health issues with your kids.  If you have questions or need to vent, please don’t hesitate to reach out….you are not alone!  And for our amazing family and friends who have been steering our lifeboat for the past three years, we love you and appreciate you more than you know!  Max sends you a big “pow”, and we send you endless hugs and thanks! 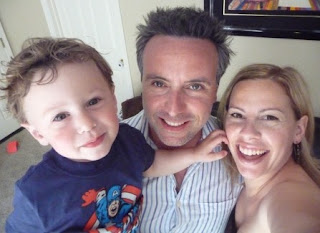