In our house, we are easily entertained. Max is using tongs to pluck magnets off the fridge. Why? 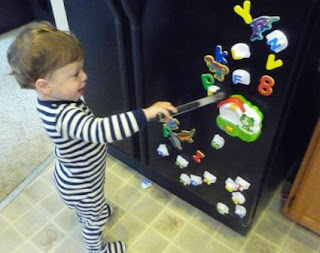 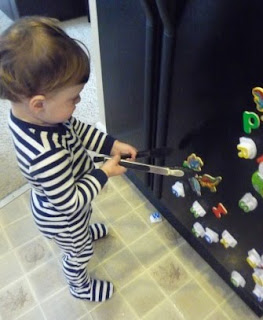 He’s also rearranging the pantry. And if you haven’t noticed, he does some of his best “lining up the raisin boxes” in his jammies. Please don’t think I never dress him. These pictures just happen to be taken early in the morning. And five minutes later I let him dump all the raisins out on the floor. I told Sean that it was because I was teaching Max how to count them. But really, it was because I was trying to get something done in the kitchen and it bought me 5 minutes of peace. 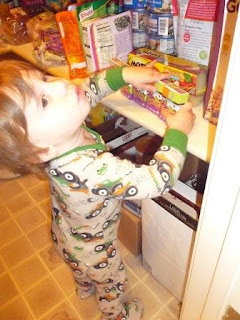 Where does he come up with this stuff? 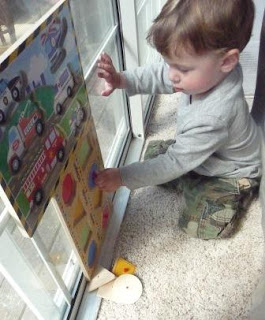 And last but not least….it was finally time to say goodbye to 6DAD. When we first got this car, it was before I was pregnant. But the license plate showed up in the mail….and it said 6DAD. “What could that mean?” we wondered….would we have 6 kids? Then I got pregnant, and was due in June…..ahh hah! June! It meant our baby would arrive in June! Except he came early. In May. Oh well…it was just funny that Sean has been driving around a “Dad” car for the past 3+ years. And now it’s gone 🙁 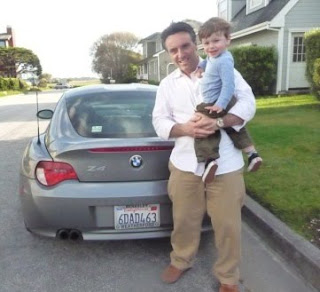 But now Sean’s REALLY a Dad. And that’s even better. 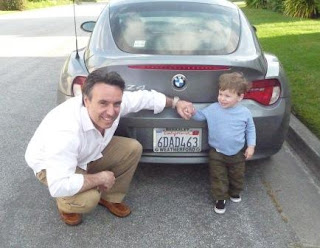