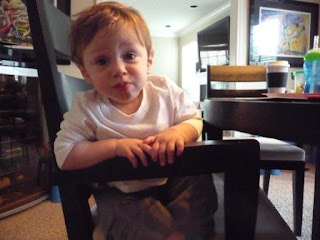 Every little moment matters. I can imagine that if you don’t have a child with health issues, you might take certain things for granted. Like mealtimes. It’s almost funny how much joy I get from watching my little guy eat “normal” things. Like a quesadilla (vegan cheese of course), or a PB&J. 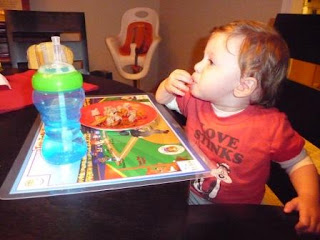 We’ve even gone out to eat as a family a few times in the last week. This is HUGE. And Sean and I have been so thrilled by how wonderfully Max has done. He sits in his high chair. He eats. And eats. And eats. And of course he throws some things on the floor, but he’s 21 months old.

Had he not been sick, I might’ve taken this all for granted.

A dear friend emailed me the other day, and said that she’s excited to hear the next chapter to my last blog entry, about what happens next with Max’s eating and how we treat the Delayed Gastric Emptying. Well J, I had to laugh when I read your email, because the truth is that I HAVE NO IDEA!

While I have become an expert in many things GI/Allergy/Nutrition, I often have no fucking idea what to do next.

So we let Max have a Mickey Mouse shaped pancake at the diner yesterday morning, even though it had milk and egg in the batter. And I’m leaning toward following the “Reflux Rebels” cult and forcing the pharmacist to make his reflux meds in 5 day batches, because my charting shows that it does make a difference. And when Max eats a huge amount of quesadilla with vegan cheese and ground turkey for lunch, I am mostly cheering for him as he takes these great half-moon shaped bites out of it like a BIG BOY does, while at the same time feeling a little anxious that maybe I’m feeding him too much what if he can’t handle ground turkey is the tortilla too high in fiber oh no maybe you should stop and have some water does that burp mean you’re about to puke?????

Like I said, we’re somewhere between not knowing, and finally figuring it out. 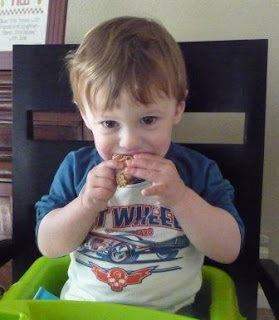