Mark this day on your calendar…. 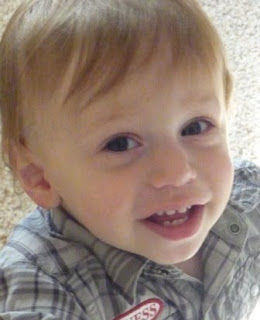 Max slept through the night in his crib last night, ALL NIGHT LONG. Over ten hours, straight through.

Wooooooooooooooo-hooooooooooooooooooooo! Yes, we are doing the happy dance over here. Yes, we gave Max many high fives, kisses, and hugs this morning. We are so thrilled for him! Of course, Sean and I woke up about 4 times in the middle of the night, in a panic, wondering if Max was OK. And when Sean’s alarm went off at 5:30 I refused to let him get out of bed, because I didn’t want him to wake Max up with the noise of the shower!

So my friends, what does this mean?

Well, it means that somewhere inside of me right next to the part that feels so much joy and relief, there’s a little part with sharp corners that is beating fast and furious because I am SO FUCKING PISSED that we have gone for 17 months without any answers and ONE FUCKING BLOOD TEST and surgery has changed our lives. Max slept through the night!!!! Why? Because we’ve completely banished dairy/egg/tomato from his diet. And he’s on an acid blocker medication. That’s why. So yes, I’m thrilled that he is finally able to sleep without being in pain and waking up every 40 minutes. But the flip side of that is that I’m so angry that he had to live through such a nightmare for so long. Knowing that it’s possible for him to feel better, knowing that it’s possible for him to sleep well, knowing that it’s possible for him to cry and not throw up, and to eat and not throw up, means that he was SICK for so long.

We used to say, “Max throws up when he cries”. Of course, he throws up other times too, but always always always when he cries. The GI doctor finally explained that it was because when he cried, all of the muscles in his stomach were pushing on/forcing out the yucky-ness of stuff that wasn’t being tolerated in his belly. AND in addition, I had an epiphany:

“Max cries, because he needs to throw up”.

Do you see the difference? Max doesn’t throw up on purpose when he cries. He cries because he needs to throw up.

Guess what? These are all signs of a serious food allergy!!

I feel a little guilty posting pictures of my adorable, sweet baby while at the same time dropping about a dozen F-Bombs in this post, but these shots are so cute AND I know that most of you follow this blog just to see pictures anyway 🙂 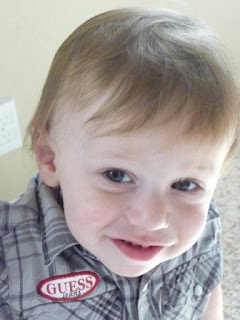 So yes, I am THRILLED that Max finally got 10 straight hours of peaceful sleep last night. I am so proud of him that I could burst! But as his mom, who has dragged him to the doctor dozens of times and left with no helpful answers, forgive me if I am going on and on and on about how sad I am for him that the doctors failed him for so long.

There were nights when we would drive him around to get him to fall asleep at 8, and then again at 10 after he wouldn’t stop screaming, and then again at midnight after he had thrown up everywhere. Sean and I would mostly drive together, not feeling 100% sure that the other could stay awake if they were driving alone. Those nights were so lonely, and really, so unsafe. There was a night when a deer ran across the highway about 5 seconds in front of my car. And the night when someone swerved toward me across the lines. My baby, buckled in his car seat for the 3rd or 4th time that night, finally getting lulled to sleep, the straps snug across his fleece jammies and his little arms clutching George as his eyes finally closed.

I pray that we are past these days. I pray that his body will continue to heal, and that he will begin to forget all of the pain that he was in.
Max’s huge personality is just as sweet and silly as ever. This child is ALL charm, and every night Sean and I just sit and WATCH how amazing he is. “Did he just SAY that?” Did he just hand me two cups and say “Two?”. There he is, standing by the window having a long “woof woof” conversation with the doggie across the street, or trying to feed his stuffed animal a PB&J, or singing the “doot doot” part of the song we just made up. And then he grabs my arm and pulls me toward Sean and smacks his lips for “kiss”, and I kiss Sean’s cheek, and then we both kiss Max’s cheek, and I realize that our little family will make it through anything that comes our way. 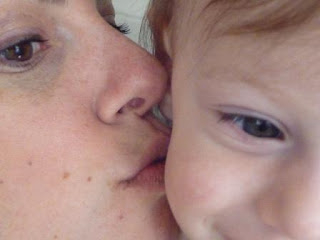